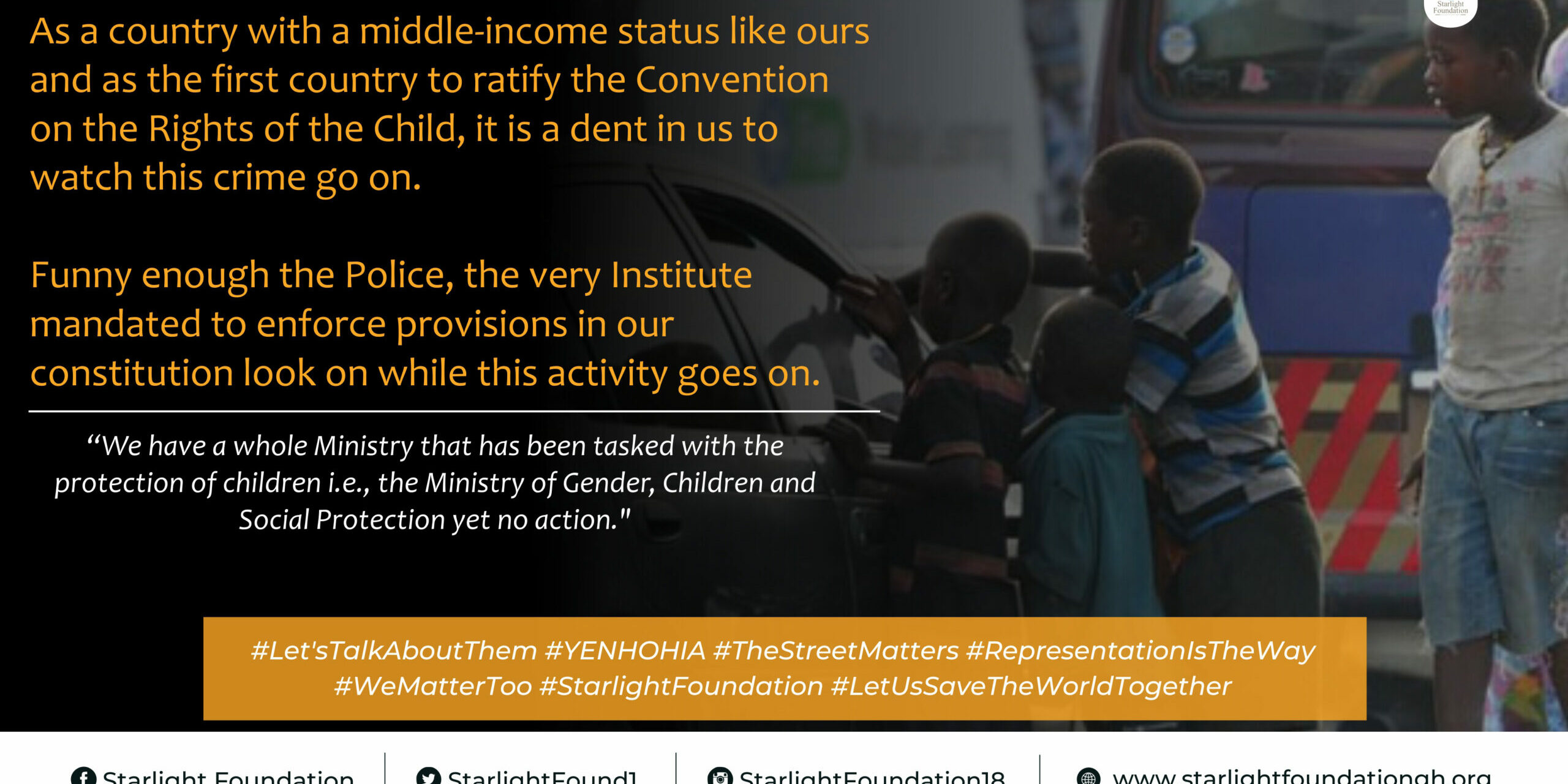 Scrolling through my Facebook timeline, looking for news and other information going on across the globe, I chanced on an article on myjoyonline.com with the title that suggests Streetism has now become a lucrative business. To say I was disgusted by what I found out after clicking on the link will be an understatement. I asked myself how illegality became this buoyant that people had apprentices.

But my mind took me back to those Chadians and how they operate. The parents or adult beggars’ seat under sheds and send out the young ones onto the streets and other areas to torment and harass people for money. Most often these kids despite being the source of the family’s income enjoy little or none of these fortunes.

I also remembered an investigative piece released by ace investigative journalist Anas Aremeyaw Anas titled Chained to Begging. The almost 12 minutes documentary aired 2years ago paints a sad picture of how children are exposed and exploited. It shows vividly how these supposed parents “procure” the children mostly from Niger and bring them here under the guise of raising them.

With all this evidence and the laws on child trafficking amongst others, one may wonder why this menace has been left to fester. Funny enough the Police, the very Institute mandated to enforce provisions in our constitution look on while this activity goes on. You will be shocked to see policemen minding their business whilst these child beggars also carry on with their duties. Who is to blame for this?

As a country with a middle-income status like ours and as the first country to ratify the Convention on the Rights of the Child, it is a dent in us to watch this crime go on. We have a whole Ministry that has been tasked with the protection of children i.e., the Ministry of Gender, Children and Social Protection yet no action.

Is it that our leaders are beneficiaries of this hence their disinterest or it is just the Ghanaian attitude where we wait till it rots before tackling it?

This Streetism fight is not only for the “ogas” at the top to fight but as citizens, it also behooves on us to join in the fight. As always, a stitch in time saves you!