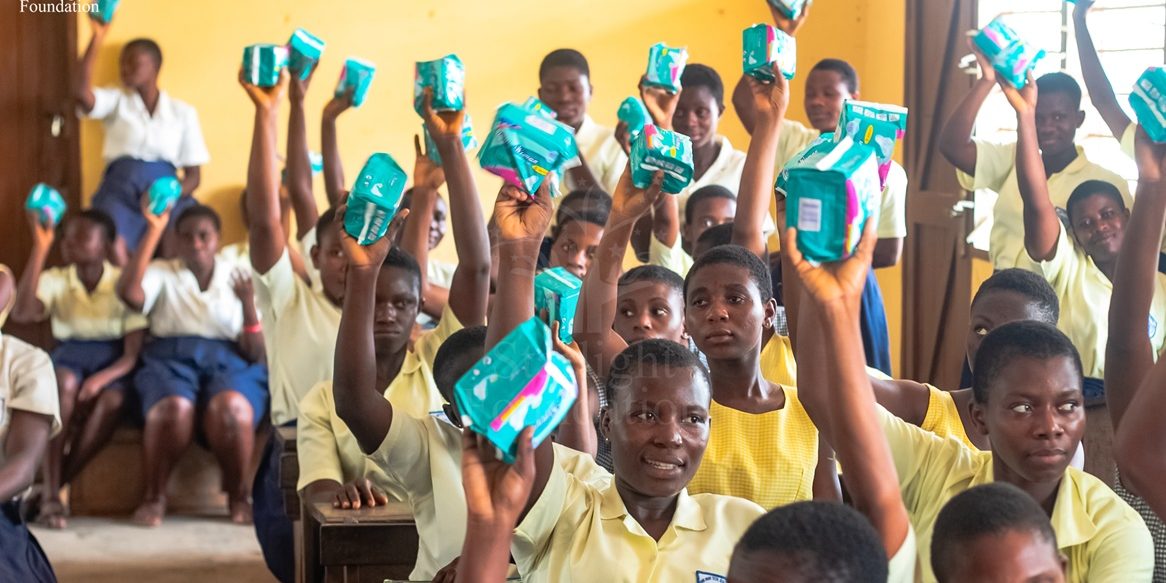 Women make up the greatest part of the population of the world. Everything reproductive is associated with women, the earth is called a mother because she accommodates everyone just as women do. Over 800 million girls menstruate every day. Nothing in this world can stop the flow of a girl’s period, that how the creator made and he’s the only one who determines when it stops yet up until now some of us still believe and view it as a taboo and a period a girl becomes unclean.

Every day amongst these 800 million girls menstruating is a greater percentage who cannot reach their full potential due to the barriers associated with periods. Some go through pains, some are forbidden in taking part in social activities whiles others are ridiculed and mocked and that has become the reality of every girl; you dare not stain your clothes with blood else you will not enjoy the days that follow, you might even end yourself another name. This means that the girl child cannot partake in certain activities and she’s always uncomfortable in her surroundings since there is the consciousness of not staining her clothes.

It’s not surprising that to date some girls do not have access to sanitary needs, we’ve heard and encountered such stories. We’ve refused to move along with the world, some communities are still of the belief that menstruation is a taboo, in this time there is still this archaic mentality still reigning and blocking the progress of many girls. We want to debunk all of that, menstruation is what makes up a woman, it’s the first step of a girl into womanhood, the first day she menstruates, she is seen as being capable of reproducing another human being, it’s part of her being alive and will only depart in its own time. Till then basic needs such a sanitary pad shouldn’t be a burden. The psychological effect of being in her period is enough and so the struggle for a pad shouldn’t be added.

We are in modern times, the world has come a long way to know that menstruation is not by choice as some life instances are, therefore every girl should have access to a sanitary pad, it is a right they must enjoy. This year’s celebration of Menstrual Hygiene Day centers on the theme ‘It’s Time For Action’ and recognizes that periods do not stop for pandemics or anything else. It continues to flow and does not take into consideration what’s happening around and that’s why there is the need for a collective work towards changing negative social norms surrounding menstruation. Menstruation does not halt a girl’s life. She must be empowered to live to her full potential in all aspects of her life and this can only happen when the people she looks up sees her period as a moment she needs love, not ridicule.

Let’s keep in mind that if a girl’s menstrual period fails her then she is on the road to very complicated health issues. On this day let’s encourage our girl child that menstruation is not all the negative stories we’ve told them. Because of negativity towards menstruation, some girls have come to hate their periods, some girls take pills to prevent their periods from coming, all these have long effects on their health.