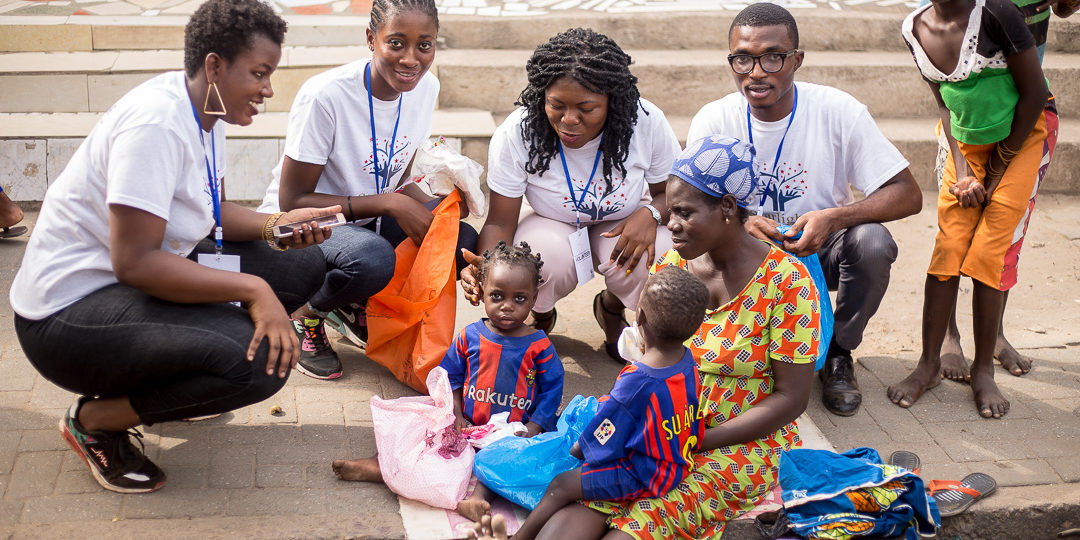 Influencing positively the lives and welfare of the less privileged, orphans and the elderly requires a higher level of honesty, love, care and the passion, above all with the fear of God, highly dedicated to these categories of people in society. That is why we at Starlight Foundation are dedicated to the call to serve the less privileged and if nothing at all make them feel as though they lack nothing.

Some born with it, others through an accident or a medical condition, the less privileged are the people with special needs of vision, movement and even someone to talk on their behalf. In recent times, such persons have been portrayed in movies and plays as evil who pretend to be beggars, taking people’s monies in exchange for their destiny. Due to these scenes constantly showing them in this manner, people refuse to give them alms in fear that their beautiful lives would be changed with just one act of giving.

It should be noted that no one wishes to be born blind or deaf or to be rendered helpless through an accident and obviously since no one knows what tomorrow entails, ignoring their plight and showing less concern is far being the solution. Personally, I’ve witnessed how people roll their glasses at the sight of a blind person approaching their car, some even raise their hands at them to show they are not ready to listen.

Some need medical attention, others are hungry whilst some are vulnerable. They seek beyond the monies we give them, a smiling face which is devoid of pity but one that embraces them as being part of humanity. The government has so far been able to admit some of the less privileged in schools where they are being trained to independent even in their condition. In some institutions, blind and deaf persons are equally studying and impacting society with their knowledge and ideas but the most are still left to fend for themselves on the street. The worst part of their predicament has to be some individuals in society posing as being blind and deaf, stealing and extorting money from people. This act has been discovered by society and so are unwilling to render help to those who genuinely need them.

It’s disheartening to note that society has treated issues of the less privileged with less concern and levity. Those who have been privileged enough to gain medical care have also been abandoned by their families. They need our love, they need our care, it’s not always about feeding them periodically on streets and in functions but embracing them as being part of society and showing them how the world is a better place having them part of it.