YENHOHIA! – We Must Take A Cue 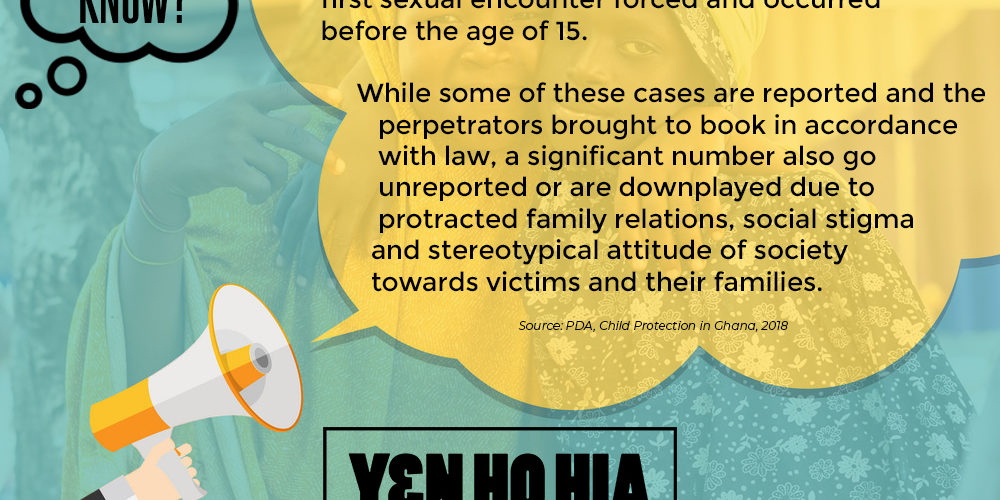 Despite the many legislative interventions put in place by Ghana’s Parliament, against domestic violence which reflects the global efforts in pushing for women’s rights to be recognized as human rights, there is still a high rate of such incidents being recorded. This can be partly attributed to some cultural beliefs that the man has express access to the woman or the lack of knowledge on these laws that make the acts illegal and punishable.

According to an article published on NCBI, Statistics in Ghana indicate that 33–37 % of women have ever experienced domestic violence in the form of intimate partner violence in their relationship. Even in schools, research has shown that 14 and 52 % of girls are victims of sexual abuse and gender-based violence respectively. These estimates may be far less than what persists, as violence against women and girls remain a largely hidden problem (sensitive issue) that only a few females dare to openly confess.

In February this year, there was outrage over findings of a sex scandal that rocked a senior high school in the Ashanti Region. This particular incident led to three teachers and non-teaching staff who was an accountant dismissed by the GES, while four others were transferred.

This is just a fraction of many of such cases. At what point do we recognize that these are social vices that need to be critically looked at. Looking at how vulnerable women are, enacting laws to protect women’s rights and outlaw violence against women and girls is enough. We must take a cue from countries implementing strict laws against sexual violence and do the same here to save as deterrents.