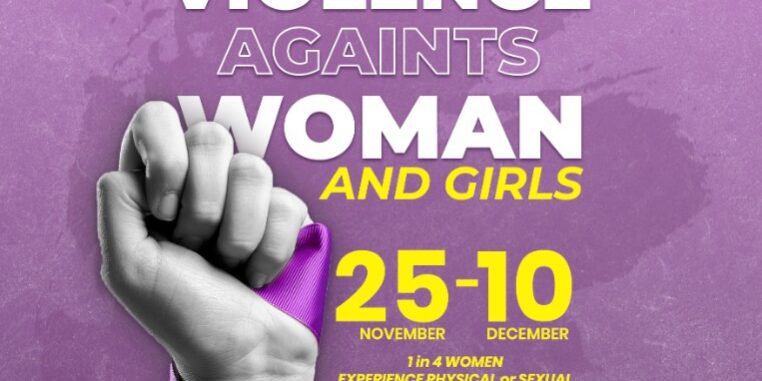 Gender-based violence is not new to our ears. Apparently when you think about women and girls then their vulnerability comes to bear. Unfortunately, the people that are closer to us are those that hurt us the most. Aside few random strangers causing stirs amongst women most of the violence faced b women are done by people they trust to not hurt them.

We’ve mostly seen the physical violence against people especially women and girls for whatever reason. But let’s take a turn a look at the dangerous one: mental violence. Many girls have been abused mentally, been told they’re not enough, and constantly in a state of panic. An example is what we see in our homes, most women find themselves unable to leave the place they’ve been threatened constantly, and even when they complain, society finds a way of polishing evil to look like normality. You do not have to raise your hands on someone before the person feels hurt. Being labeled as the lesser and the vulnerable is enough abuse for any woman or girl.

The color orange signifies joy, warmth, and success. That’s how the world of every woman should be. It’s shameful to ask a woman to remain silent on her pain in order to save her home. It’s shameful to ask girls to be silent because their voice doesn’t matter and it’s equally shameful to glorify abuse. Let’s end violence against women now and encourage those who have been hurt in the past to have the confidence to voice out their plights.

Let’s also note that to abuse someone is to agree that a person is deserving of such treatments. Such thoughts and acts are picked up over the years of exposure to violence in their surroundings. As a society, the young look up to certain acts as normality and tend to follow what they’ve been constantly exposed to. Hitting your wife, raping the girl child and threatening is in no way a form of punishment. Let’s renew our minds properly and move away from practices that leave permanent physical and mental scars on women.

“If we are here in solidarity, with this beauty of unity, in our pain, we have to pledge to do something to make this country of ours a country which is safe.”(Graca Machel). The peace of a nation is dependent on how safe the people feel, women must not only feel safe, but safety must be a code of conduct all around us.