#Orange the world: LET’S DO MORE OF LISTENING THAN CONDEMNING 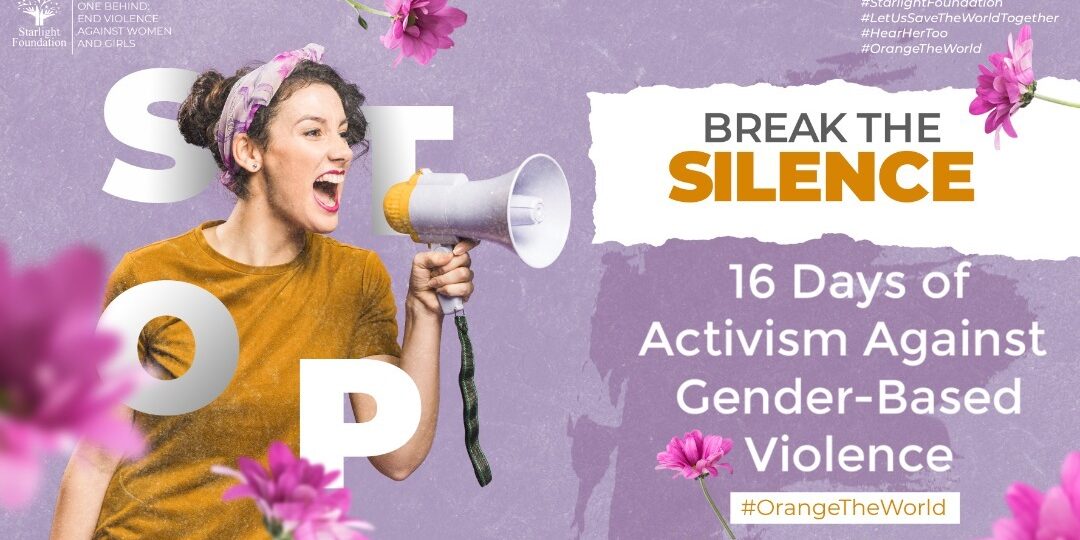 Mostly when women are abused, the abuser might have hinted at their intended acts over and over before it finally happens. Unless the abuser is a total stranger, we fail to pay attention to the words people say to us on a daily basis. We either take them for granted or think they’re mere jokes until the incident happens. So what if the person being constantly verbally abused is in a state of shock and fear because these are the kind of state abusers put their victims into. We’ve heard stories of girls who have been raped severally and told to keep mute because they will die when they talk. We’ve also lived around neighbors who get the threat of abuse every day and all we do is laugh it off like it’s a form of lifestyle.

Let’s do it this way: we’re going to tell ourselves that from henceforth no amount of abusive words would be taken lightly. If you’ve heard someone being threatened with abuse then they need to be reported. But I know what you must be thinking now: how many reported abuse cases have been taken seriously. The perpetrators are released in no time to come back and cause more harm. This is why some victims of violence choose not to talk about it. After all what justice will they gain if they speak? They might be even condemned and ridiculed by the same people.

The issue of gender-based violence is critical to our safety and mental health. Parents listen to their children when they voice out their fears. Don’t be too absent in your child’s life until the unfortunate happens. Let’s be on the lookout for threats to women and girls and let’s not hesitate to voice out our suspicion. When someone abuses someone verbally, let’s not take it lightly because the next day the abuse will show physically.